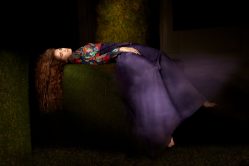 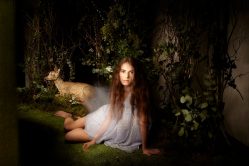 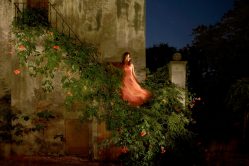 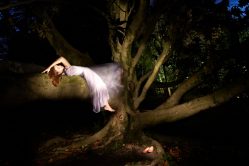 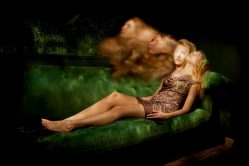 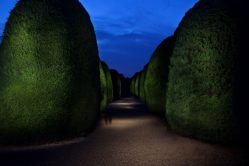 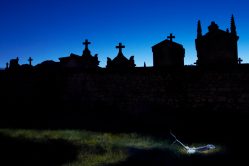 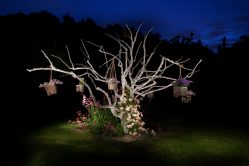 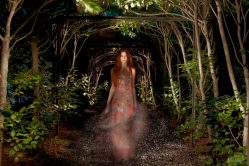 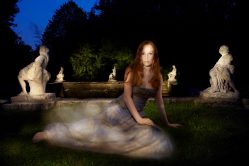 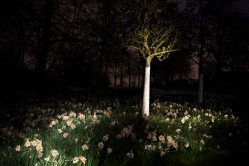 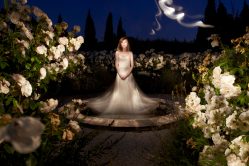 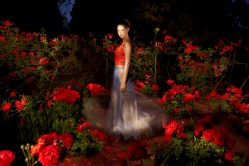 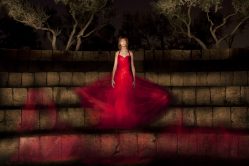 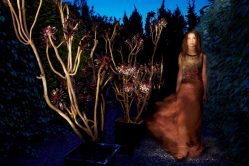 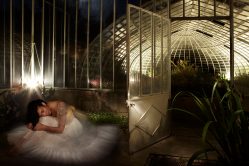 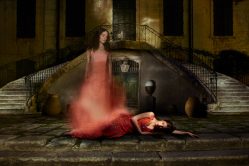 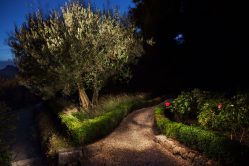 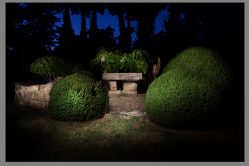 In the series Whispers, Emmanuelle Bousquet has chosen, this time, for her role to be personified by different characters, emissaries sent to explore a critical period in her life: adolescence. Whispers, her most recent series, differs greatly from her previous photographic compilations, self-portraits where Emmanuelle exorcised her primal fears, awakening her deepest anxieties and pain, all too often suppressed and silenced, and thus unearthing an introspective and cathartic vision. (Disorder and Illusion).

Thereafter, the subject of adolescence naturally came into the artist’s conscious, the inspiration embodied through the forms of young women, aged 13 to 18, whose bodies seem too large for them, as in the photographs of teenagers by Rineke Dikjstra (1992). For Emmanuelle, Whispers is part of a larger body of work on femininity. This work expresses the difficulties experienced during this extreme yet eminent transformation, becoming oneself, a woman, with all that it entails, its secrets, its silences, when a young girl’s body becomes, perhaps a bit too quickly, a bit too soon, that of a woman.
Emmanuelle Bousquet immerses the spectator into a half-awake, daydream-like state. The images buzz with imperceptible whispers, rustling with the stories we tell to ourselves, an autobiography told by sleep itself. For Marcel Proust, it is “in deep sleep that is revealed to us all the bric-a-brac of our existence, the return to youth, the recovery of past years, of lost feelings, the disembodiment, the soul’s transmigrations, the evocation of the dead, the illusions of madness, the regression to the most basic kingdoms of nature.”[1]

Frozen in poses of marmoreal stillness, they stare at us. Dressed in romantic, chiffon gowns, the bodice bare. Beyond eroticism, the body here is calm. These women are out of reach, beyond desire. The wind passes through them. We could not touch them. They are a fantasy, teen sentinels who feel growing within them the infinite mystery of womankind.

By maintaining the camera in place to achieve a very long exposure time, the artist seems to be waiting for something to happen. Waiting, perhaps, for the image to reveal, beyond appearances, the depth of the soul? Hoping that she herself would succeed in discerning the invisible? She implicitly evokes a sense of the past through the fanciful vintage or borrowed dresses, suggesting a whole history of women. As in Edgar Degas’ photograph, entitled “Portrait of Henry Lerolle with two of his daughters, Yvonne and Christine and a mirror” (1895), the characters resemble somnambulists. Close to a state of latency, these young women stand in the background, detached from the scene, its obscure nature reminiscent of the mystery and innocence in fairytale. They lose themselves in a daydream, a fantasy of other lives, just as the universe of possibilities is opening up to them.

The nature surrounding Emmanuelle Bousquet’s models is not that of an average park, but rather one of reptilian dreams. An enchanted garden, an enchantress’ orchard, the fairies’ playground.

Look at each photo in Whispers. Hear the gentle murmuring: “The day to cheer and night’s dank dew to dry, I must up-fill this osier cage of ours with baleful weeds and precious-juiced flowers. “[2]. These words of Shakespeare could be theirs. Are those of witches and alchemists.

Here, each photo is a window that opens onto a magical formula, something that speaks of an ancient knowledge that women hold. A fairy flies over a flight of stairs. Is she flying to the balcony whence her immortal love awaits? This staircase leading to Juliet, to Roxane, don’t we know it well? Is not the stairway to love that we never cease to climb?

The universe herein is a very symbolic one, seeking to decipher thought, the secret fantasy, the dream. The poet Stéphane Mallarmé wrote of the way to get inside, an opening onto a world at once comforting and terrifying, searching for the smallest sign of life or nature’s whisper in the dark of night, and therein the image itself desires to be receptive to the forces that be. Fleeting in appearance, the image is in fact imprinted with deep memorial significance, recognizable in the smallest detail of the décor (crumbling mansions, the cemetery).

Emmanuelle Bousquet’s photographs are strained in search of perfect balance between focused and blurred, as if this much-sought calm resided in the mixture of reality and repression. The effects of this distorted revisit the legacy of André Kertész, here given a new breath of life and modernity.

As shown in her previous series, Emmanuelle Bousquet continues to evolve “beyond herself,” in the privacy of the night, and to grow…

[1] Marcel Proust, In Search of Lost Time (Remembrance of Things Past), volume 3.